Unless otherwise noted, changes described below apply to the newest Chrome beta channel release for Android, Chrome OS, Linux, macOS, and Windows. Learn more about the features listed here through the provided links or from the list on ChromeStatus.com. Chrome 87 is beta as of October 15, 2020. 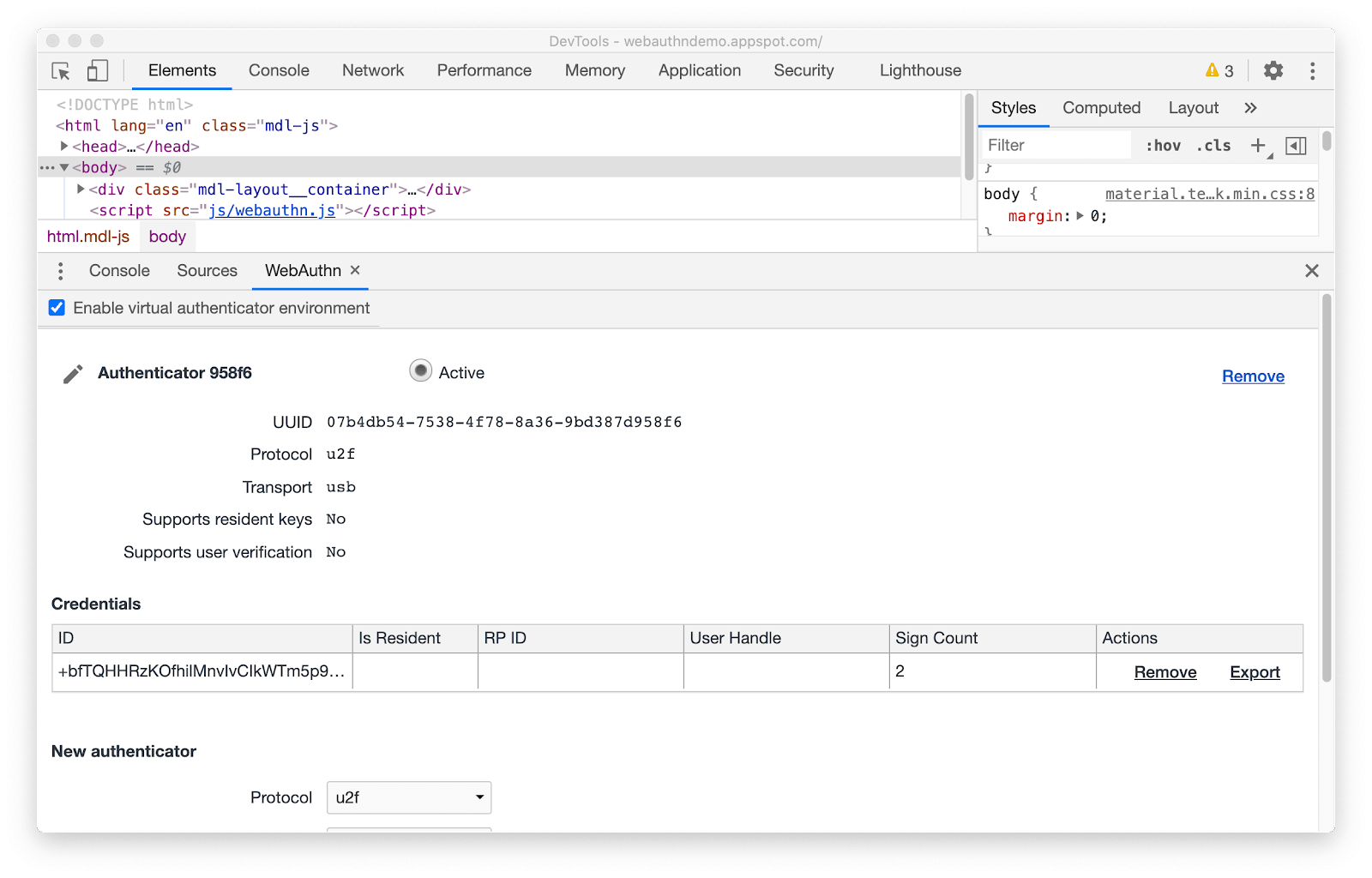 Room-scale video conferencing solutions deploy cameras with pan, tilt, and zoom capabilities so that software can point the camera at meeting participants. Starting in Chrome 87, the pan, tilt, and zoom features on cameras are accessible to websites using media track constraints in MediaDevices.getUserMedia() and MediaStreamTrack.applyConstraints().

Websites are only allowed to control these capabilities when users explicitly grant permission. For details on using the new capabilities and a demo, see Control camera pan, tilt, and zoom.

The trend in CSS for many years has been to supplement physical properties with logical properties. Properties that assume language flows left to right and top to bottom don’t work in non-European text such as vertical Chinese text, or Arabic. Modern CSS rules use flow-relative terms like start and end and provide rules for dealing with the text’s axis (direction).

The first step in implementing this in Chrome was to implement the most granular flow-relative features of the CSS Logical Properties and Values spec. Chrome 87 ships shorthands and
offsets to make these logical properties and values a bit easier to write. What was once written with multiple CSS rules can now be written as one. For example, separate rules for margin-block-start and margin-block-end may now be written using a single margin-block property.

Origin trials allow you to try new features and give feedback on usability, practicality, and effectiveness to the web standards community. The following feature, previously in a Chrome origin trial, is now enabled by default.

Other features in this release

Adds the disallowdocumentaccess property to disallow cross-document scripting between iframes from the same origin in the same parent document. This also puts same-origin iframes in separate event loops.

Sometimes long-running scripts block user input. A lag between a user’s action and a response by an app is a bad user experience. To address this, Chrome has added a method called isInputPending(), accessible from navigator.scheduling, which can be called from long-running operations. You can find an example of the method’s use in the draft spec.

HTTP range requests, which have been available in major browsers for several years, allow servers to send requested data to the client in chunks. This has proved especially useful for large media files where the user experience is improved through smoother playback and improved pause and resume functions.

Historically, range requests and services workers did not work well together, forcing developers to build work-arounds. Starting in Chrome 87, passing range requests through to the network from inside a service worker will “just work.”

Transferable streams now allows ReadableStream, WritableStream, and TransformStream objects to be passed as arguments to postMessage(). The streams APIs provide ubiquitous, interoperable primitives for creating, composing, and consuming streams of data. A natural thing to do with a stream is to pass it to a web worker. This provides a fluent primitive for offloading work to another thread.

Offloading work onto a worker is important for a smooth user experience, but the ergonomics can be awkward. Transferable streams solve this problem for streams. Once the stream itself has been transferred, the data is transparently cloned in the background.

The WakeLockSentinel object has a new property called released that indicates whether a sentinel has already been released. It defaults to false and changes to true when a release event is dispatched. The new attribute helps web developers know when locks are released so that they do not need to keep track of them manually.

New @font-face descriptors have been added to ascent-override, descent-override, and line-gap-override to override metrics of the font. This Improves interoperably across browsers and operating systems, so that the same font always looks the same on the same site, regardless of OS or browser. Additionally, it aligns metrics between two web fonts present simultaneously, but for different glyphs. Finally, it overrides font metrics for a fallback font to emulate a web font, to minimize cumulative layout shift.

Chrome now supports several new text decoration and underline properties. These properties solve use cases where underlines are too close to the text baseline and ink-skipping triggers too early in a text run. These use cases solve problems caused by the launch of the text-decoration-skip-ink property. The new properties are text-decoration-thickness, text-underline-offset and a from-font keyword for text-underline-position.

CSS2 allowed browsers to define the default value for the quotes property, which Chrome formerly followed. Chrome 87 now follows CSS Generated Content Module Level 3 in which the 'auto' keyword is the default value. That spec requires that a typographically appropriate value be used for quotes based on the content language of the element and/or its parent.

This version of Chrome incorporates version 8.7 of the V8 JavaScript engine. It specifically includes the changes listed below. You can find a complete list of recent features in the V8 release notes.

Atomics.wait() blocks the thread and cannot be used on the main web browser thread, where blocking is disallowed. This makes coordination via SharedArrayBuffers between the main thread and worker threads more ergonomic.

Permissions policy declarations in an <iframe> tag can no longer use commas as a separator between items. Developers should use semicolons instead.

Blink will no longer support the rarely-used -webkit-font-size-delta property. Developers should use font-size to control font size instead.

Chrome is deprecating and removing support for FTP URLs. The current FTP implementation in Google Chrome has no support for encrypted connections (FTPS), nor proxies. Usage of FTP in the browser is sufficiently low that it is no longer viable to invest in improving the existing FTP client. In addition, more capable FTP clients are available on all affected platforms.

Google Chrome 72 and later removed support for fetching document subresources over FTP and rendering of top level FTP resources. Currently navigating to FTP URLs results in showing a directory listing or a download depending on the type of resource. A bug in Google Chrome 74 and later resulted in dropping support for accessing FTP URLs over HTTP proxies. Proxy support for FTP was removed entirely in Google Chrome 76. In Chrome 86, FTP was turned off for pre-release channels (Canary and Beta) and was experimentally turned off for one percent of stable users.

The remaining capabilities of Google Chrome’s FTP implementation are restricted to either displaying a directory listing or downloading a resource over unencrypted connections.

Remainder of the deprecation follows this timeline:

FTP support will be disabled by default for fifty percent of users but can be enabled using the flags listed above.

FTP support will be disabled.

Hang out with @carmatrocity and @spf13 as they host Go Day @GoLang on 11/5 at 9AM PT on Google Open Source Live. Chat with them and other Google experts live at the official After Party ✨ Register here 👉🏽 https://goo.gle/339KIzl #GoLang #GoogleOSLive

📢 Save the date: 11/5 at 9AM PT Google Open Source Live: Go Day talks include "Intro to Go," "Get started," "Level Up: Go Package Discovery and editor tooling," and "From Python to Go: How @KhanAcademy is saving time and money" Join here ➡ https://goo.gle/339KIzl ✨ #GoLang

Thinking of ways you can contribute to open source without being an experience coder? Take a look at one of our recent Peer Bonus winner's experience regarding the different ways to contribute to OSS!

Join Jeff Cox, Engineering Director of Google’s software Build, Test and Release Functions, on Nov. 12 as he opens up with the “State of Bazel,” announcements, high level Bazel roadmap, and more.

Google Summer of Code is coming back for 2021 with some changes!

Twitter is migrating millions of lines of code and thousands of engineers from @pantsbuild to @bazelbuild. Hear @BLorenteEs explain how we're doing it at BazelCon in just a few weeks

#Bazelcon Day 2 will be packed with announcements, a live Q&A with the Bazel team, and talks from guest engineers from @PinterestEng, @UberEng, @BlueRiverTech, @CarGurus, @GoogleDevs, and more.

OpenTelemetry has hit another milestone with the tracing specification reaching release candidate status. This is exciting news for Google Cloud customers, as OpenTelemetry will enable even better observability experiences!

Check out the talks and register 👉 http://goo.gle/bazelcon